Let’s face it. I’m a meat-itarian. And I will never give it up. But after months of disappointment in the rising cost of meat in stores, and the falling quality, even at places like Whole Foods and specialty meat markets, my husband Clayton and I decided to look into raising our own pigs.

We’d already been able to source ethical farm-to-table beef and chicken from local Maple Ridge farms. We’re already keeping ducks, for eggs, which is another industry with terrible animal ethics, but pork was about the last thing we were having trouble finding.

We live on the agricultural land reserve on 3 acres of pasture land. This acreage was once a working farm, complete with sturdy fence lines, a barn and a ‘shed’ that was once a farmhands’ quarters. We’ve been there 10 years, which means nothing has been sprayed or fertilized, and could technically be certified organic if we wanted to. So, armed with nothing but a certainty that it could be done, we went off to research pig farming.

In April, we purchased 3 small weaner pigs from a commercial pig grower in the Fraser Valley, including the runt of the litter because we felt sorry for him. They were so small, they all came home in a cat carrier. Their litter of 16 piglets were all destined to be meat pigs, there was never any doubt of that. But after reading that a commercial pig can be grown legally in a 4 foot by 2 foot space and never see the sun, and are grown up as fat as possible on terrible food and slaughtered at 6 months, we were determined to “save” as many as possible.

So our 3 little pigs grew up over the summer, eating apples, grapes, walnuts and blackberries, and running wild on our 3 acres of pastureland. They got belly scratches and special treats every day, mostly consisting of our household composting scraps. Pigs are trainable and smart, and they love games. Give a pig a soccer ball and they will play with it for hours. They will also destroy your field and turn it over like a Rototiller, and when it rains, they will literally turn your back yard into 6 inches of muddy slop. They scratch on everything upright with their hairy butts, and will knock over every shelter you build for them, unless it’s bomb proof. Our pigs were still lean and strong enough to leap 3 foot fences up to their last day. They were a great source of entertainment for us, and while they were never named, or treated as pets, we knew we would miss them.

We had determined early on that we weren’t going to stress our animals with a trailer ride to a slaughter house, so we arranged an abattoir to come kill and cut on our property. At 6:15 am on the last day, we stood by as all 3 animals were humanely killed, and assisted with the cutting and processing of the larger parts of meat. By 10 am, everything was carted away by this knowledgeable man and his assistant, who told us that they had “never seen pigs so lean and healthy,” and that we had an “amazing set-up,” for raising animals. Then our hard work began.

A slaughterhouse has the advantage of making sure that every part of the animal would be used and processed. As a small farm, it became clear that we would need to source out people willing to take and use the uncommon parts of our pigs. Clayton and I are very proud to say that, at the end of that very long day, we had ensured that nothing went to waste. We thank the raw dog food company, our Chinese friend and his family for unique recipes, our apprentice taxidermist, our German and Italian friends for sausage ideas and our local artists for making sure we honored our animals’ lives.

I’m not ashamed to say that later that morning, as the sun was bursting through the clouds and warming the ground, that I had a few silent moments, in tears, where I thought my heart might break. Not because I was sorry for what I’d done, but instead, with a profound sense of gratitude for my pigs’ lives. I experienced an overwhelming sense of appreciation for the process of raising an animal. I made a sincere promise to value and use as much of that animal as possible, because their life was worth that respect. I knew would do this again in a heartbeat, because the next time, I would do it even better.

Most people I spoke to about this 9-month long adventure say, “Oh, I could never do that. I love animals too much.” If that’s true, if you genuinely love animals, you have to accept that buying the cheapest meat on sale ensures that those animals suffer. You have to accept that restaurants waste enormous amounts of meat products, which are only provided to us by the sacrifice of a life. You must accept that you are part of the problem of commercial farming.

My sense of gratitude lingers. It catches me at odd moments, a simple heartbeat of thankfulness. And I will not have to purchase meat at a store for at least another 3 years. I will not be participating in the commercial meat raising process, and I will use my money and resources to provide an alternative that is ethical, wholesome and joyful. And by the way, the bacon is amazing! 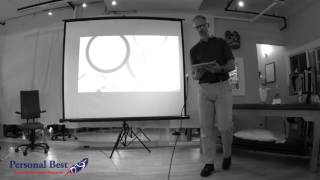 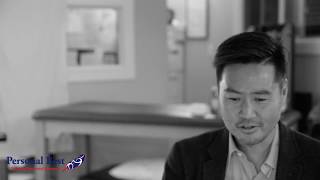 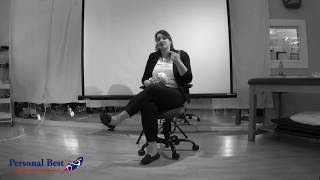 What Does Moderate Activity Mean for You?